A Day Out With Thomas 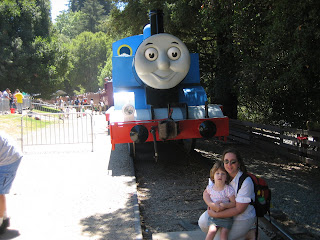 The problem with highly anticipated events is that you have to get tickets months in advance. I'm not saying it was foolish to get tickets to take a ride on Thomas at the Roaring Camp Railway, but had we done it six months ago it probably would have been more exciting. Not only has Elise drawn a clear line between "real" and "pretend" but lately she's much more into Dora and playing with the neighborhood dogs at the park.

That said, it was a fun-ish time. Big crowds, but we got there early enough that it wasn't a complete zoo. Yay! And, strangely enough, the giant herds of young persons and their parents never really turned ugly-people were genuinely out for a good time and that gave the whole place a great vibe. I had intended to pack a picnic lunch, but due to one thing and another we ended up standing in an interminable line for overpriced mediocre food. Lines are hard, as are noisy steam engines. Luckily, Thomas is a big fake (don't tell the kids!) so he's quiet and not at all scary. I'm not sure why they had to have a guy in a costume to look like Sir Topham Hatt (aka The Fat Controller), but he was pretty much Elise's favorite attraction.

To prove that our camera is NOT broken, here are some of the pictures from the day! 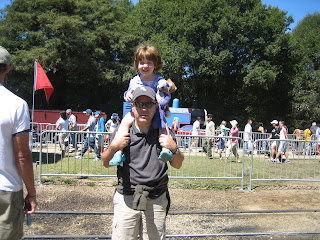 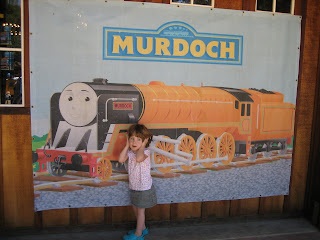 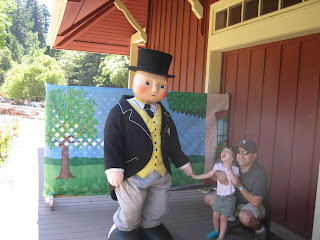