A Golden Year in the Golden State 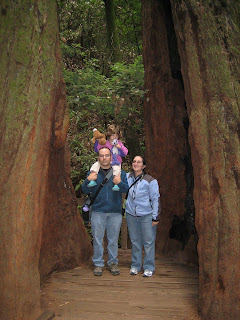 It's a little zany to realize that we Steingruebls have been in sunny Silicon Valley for an entire year. On August 14, 2006 we got on an airplane in Chicago and in a mere four hours we were in San Jose. Wow! A year!! We've done it!

A year ago, we were working hard not to feel sorry for ourselves and mostly succeeding. The hunt for the perfect job had taken longer than imagined. My suddenly necessary hernia repair turned out to be more painful than my previous three abdominal surgeries combined, and recovery was slow and agonizing. Chicago was hot and sticky. We'd been living in temporary accommodations for 4 months, and were getting tired of not feeling settled. It wasn't the worst summer imaginable by any stretch, but it was certainly more difficult than we were used to.

And then, bright and early on August 14th, we got on an airplane. (With no liquids and no familiar food for Elise-the terrorists and the TSA had conspired earlier that week to give us one last challenge.) In a mere 4 hours, we were in San Jose, our new home. One more month in temporary housing and we were finally home. (Insert Dora style dance here: "We did it! We did it! We did it, yeah! Lo hicimos"...)

In the past year, we've mostly got used to the higher prices of everything. Food and housing are just so much more expensive in the Bay Area than they were in the midwest. But, enough trips to the grocery store, enough electronic rent payments set up automatically through the bank and these things begin to fade. We still haven't wrapped our heads around some of the peculiarities of California driving. We're spending more time outside. Andy loves his job. I've found my social niche. Elise loves school.

We miss our Chicago friends, but we love our San Jose climate. We miss the el, but Andy's commute is pretty good anyway. This was a tough move, but looking back after a year, we think it was a good one, and we're glad we came. 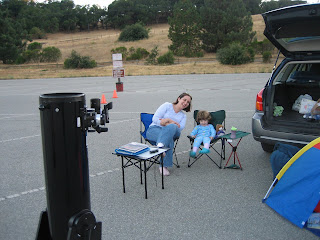 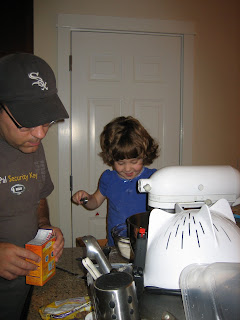