I've been promising Mom some pictures of the lovely Miss Steingruebl, and I finally managed to find the card reader so I could display a few.

Awhile back, Elise had a homework assignment that involved observing her neighborhood and making a list of what she saw. Here she is (with Dora clipboard) in action: 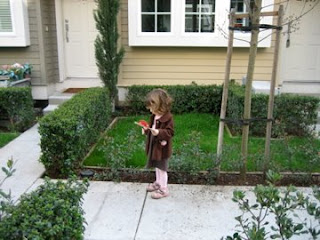 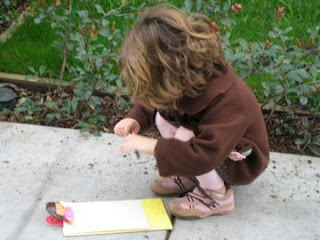 Of course, we've also missed out on posting pictures of her with her bicycle. As you might guess, the park is a favorite destination, and we can't go there without chalk. Since these were taken, she's become an expert. (at both riding and drawing with chalk) Look forward to many more such pictures as the summer goes on... 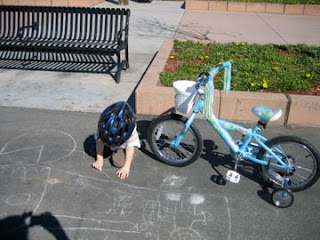 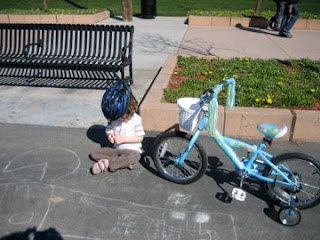 One morning, Andy was feeling like he hadn't been seeing enough of his daughter. Here she is, dressed in her favorite new outfit from Grandma Char. 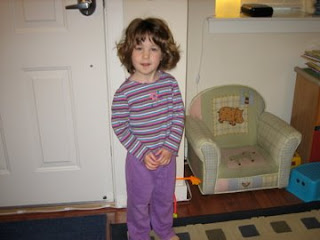 And here is the fantastic robot they built as a team. It's still hanging out in the living room, a good month or so later. They're pretty talented, right? 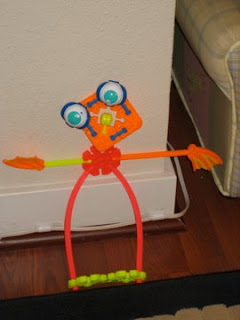 Back at Christmas, Aunt Amy sent Elise a whole bunch of cool bug collecting/studying gear. It's been chilly enough that we haven't had that many bugs around. However, it seems like every time we open the front door we get a new fly. Elise has been keeping her bug sucker machine handy for those occasions on which she is in the mood for a futile endeavor. 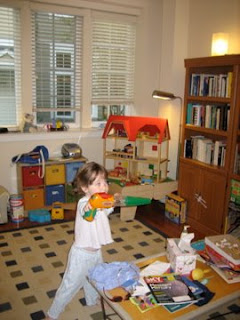 Never fear, though. While it doesn't catch flies, this little device is great for craneflies.

As a delightful surprise to me, my girl has been consenting to having her hair braided lately. Not ponytails, though, because she's noticed that it's mostly babies and little girls who have those. 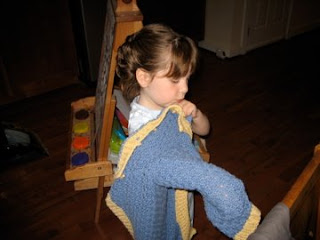 Here she is, hair back in two lovely braids, putting on a sweater to stay warm one chilly morning.

We've been busy! Now I just have to find a way to include a camera in some of that activity more often.

Elise, I love the braids. Isn't it fun to be able to change your "look" so easily. The pictures confirm that you are still your charming, lovely self. June is coming soon--maybe not as soon as we want it too, but soon.