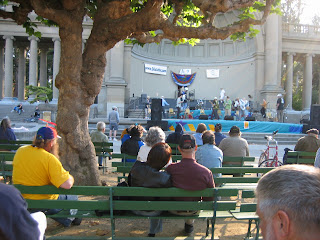 Wow-it's been so long since I've posted that I nearly forgot how! Sorry about that, faithful readers. I've got distracted (more about that in another post) and am finally back to writing.

A few weeks ago was the San Francisco Jugband Festival. It was even jugband weekend in San Francisco as declared by the mayor, so of course a big deal. In honor of the occasion, Arlo & Sally came to attend the festival and scope out the Bay Area. Elise really liked having two more grownups around to talk to and play with. We all liked seeing friendly faces from the Windy City at the breakfast table in the morning. I especially liked having good company in which to attend the weekend's jugtastic festivities.

On Saturday, Sally, Arlo & I hit the bandshell in Golden Gate Park for a day of area jugbands. Saturday evening was the world premiere of Chasin' Gus' Ghost, a documentary about jugband music. Sunday night was a concert featuring such shining stars of the jugband firmament as John Sebastian, Jim Kweskin, Geoff Muldaur and Maria Muldaur. Of course, I managed to forget to take pictures through most of it, but I did get quite a number of shots of performers on stage Sunday night.

There are many things I wanted to say about this great event right after it happened, but I've mostly forgotten them. The documentary was decent but didn't entirely favor my understanding of the history of some of the performers and bands. John Sebastian seems like a genuinely decent guy, and I can see why he has such a following around here. Jim Kweskin came across as either a little shy or a little egomaniacal and I couldn't tell which. It was easy to see how and that Maria Muldaur has been a working musician all these years even as the guys from the Kweskin band dropped out and did other things.

Of all the things I saw, heard and did over the weekend, three things stood out.

1. We saw people dancing on unicycles. Very nifty. Hop to it, Uncle Peter!
2. It's weird to go to a restaurant and have the family's 10 year old son seat you and take your order while his teenage brother brings the food and mom handles the check.
3. Public bathrooms are loud. I heard a kid having the same conversation about public toilets that Elise and I always seem to have, and on the way out the door I commented on this to the mother. She looked relieved to hear that her kid isn't the only one who hates loud toilets to the point of distraction. It turns out that she was Jim Kweskin's daughter, and the frightened child was his grandson. If public toilets are too loud for kin of Jim Kweskin, I figure it's a sign of good taste that they're too loud for my kid, too.

And now for the pictures!


The Barbeque Orchestra, the Portland-based band of the late Fritz Richmond 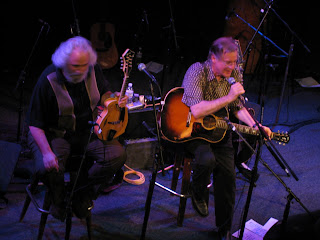 Geoff Muldaur, still the gentleman I remember from the last time I saw him 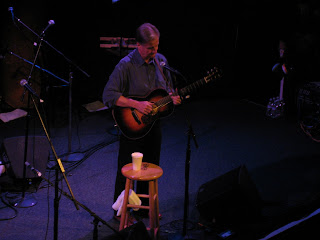 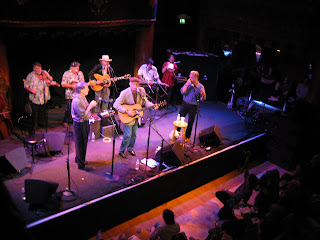 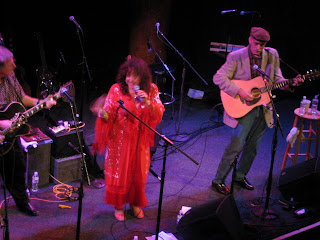 Almost everybody who played at this concert... 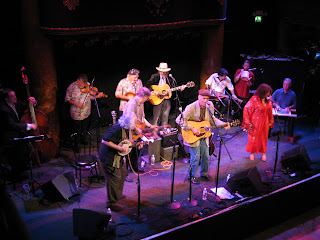 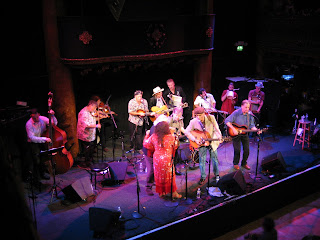