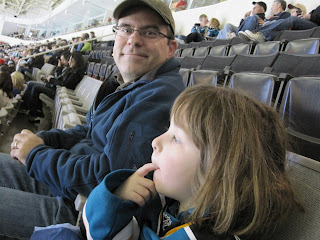 Andy and I like to think we're very clever. We might be. We had a brilliant plan to take Elise to a Sharks game for her birthday. So, we picked a non-school night near the big day and bought tickets. The Sharks were hosting the Chicago Blackhawks, and it was going to be a big game.

It was big alright. Whatever you do, don't try to zoom in on the scoreboard in this picture-it will just make you sad. Unless you're the mean, spiteful type that likes to see a perfectly good hockey team go down in flames. 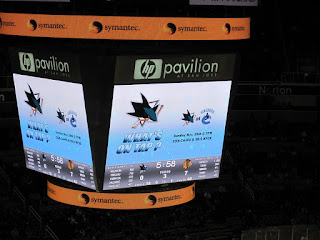 In spite of a truly abysmal showing by the Sharks, we all had a great time. One of the fans in front of us turned around at the end of the game and told Elise that she had been the best part of the whole game. Couldn't have said it better myself! 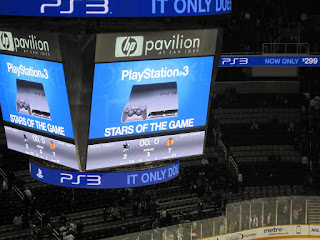